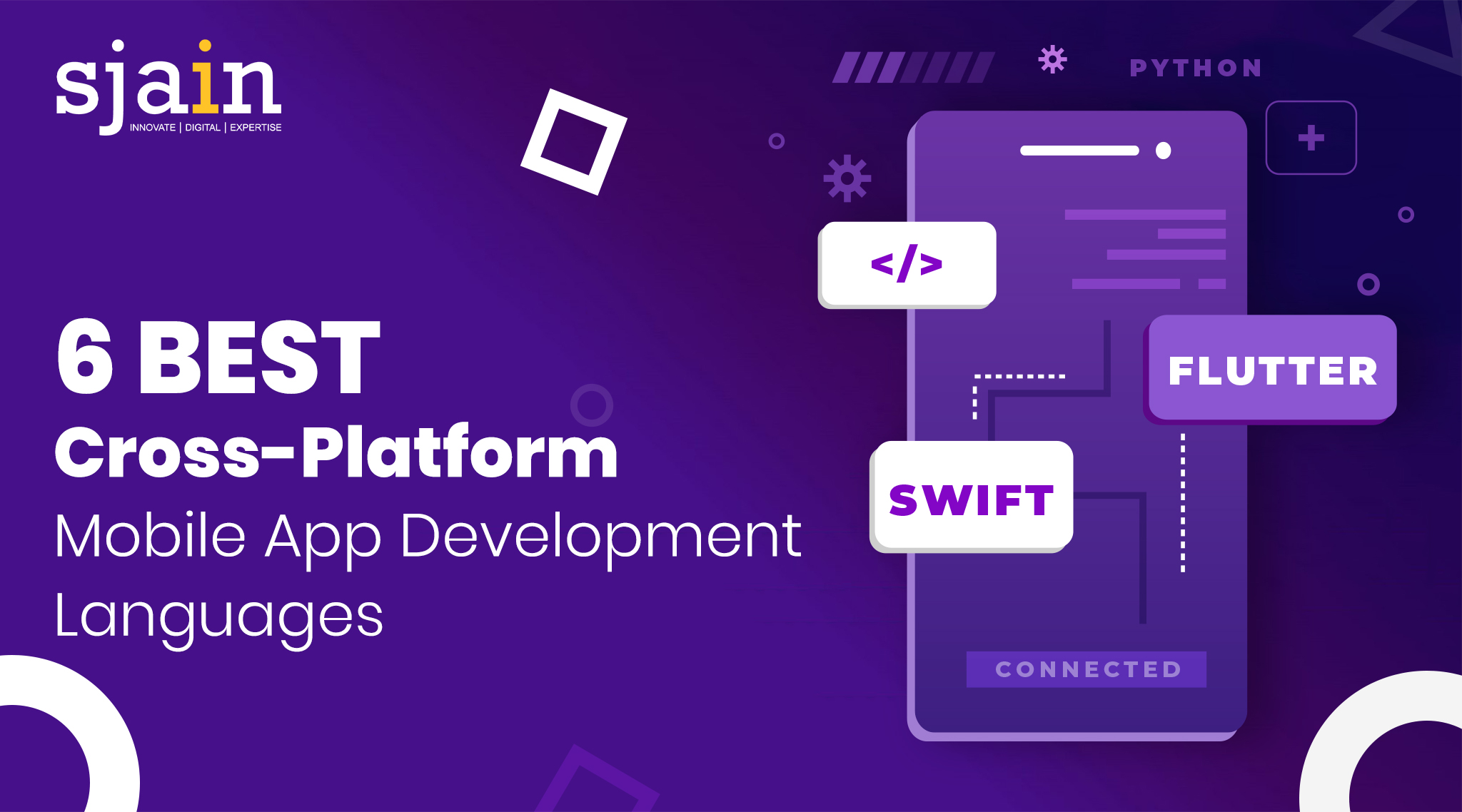 It’s no secret that the mobile app market is in an extreme state right now. This has created a boom in the number of app developers since their prime purpose is to create apps that can serve user demand. While app-building can’t be everyone’s role, it has become necessary to do all you can to create an experience that doesn’t leave your users unsatisfied. In this blog we have listed the 6 Best Cross Platform Programming Languages for App Development.

These days, there are thousands of apps available on just about every mobile platform imaginable. Most of these apps were built using cross platform programming language, so that they can be used by as many people as possible, regardless of the phone or tablet they own. It’s also more cost-effective to develop an app in one language and then port it to other devices later on than it is to create a custom application for each one individually.

If you’re thinking about developing an app that can run on mobile devices, you have quite the choice ahead of you when it comes to platforms & programming languages. If you don’t know much about mobile app development or which languages are best, this article will help you figure out what works best based on your goals and desired outcome.

Regardless of what kind of app you want to build – be it a mobile website, mobile game, or mobile productivity tool – there are only two options available to you if you want to create your app for all major mobile platforms, including Android, iOS, and Windows Phone: native app development and cross-platform app development. When we come to the comparison of both, cross-platform is the most chosen and leading option.

Cross platform programming language makes it easy to build your application so that it can be accessed by users from multiple platforms (Android, iOS, etc.). By writing code only once and using native libraries that are available on each platform, you can save yourself both time and money as you get closer to releasing your app.

Read : Why UI and UX Design Is Important For Mobile Apps in 2022

When you’re looking to develop a mobile app, one of the most important things to consider is what language you want to develop it in. Depending on your mobile app’s purpose and functionality, you might want to focus on developing for only one or two platforms at first, then expanding as necessary. You should also look into how well each development language works across multiple platforms before deciding which one to use.

The app market may be a crowded one, but that doesn’t mean you can’t stand out from the rest of the crowd, you just need to choose the right language to develop your mobile app in. With that in mind, consider these six best cross platform app development language to get an idea of where you want to take your business in 2022 and beyond.

One of the first cross platform app development language, Java has been around for years. Back in 2006, Sun Microsystems released Java ME as a way to allow developers to write mobile apps across many platforms. Since then, it has become an extremely popular choice for programmers who are writing cross-platform mobile apps. In fact, Android applications are written with Java and its variants (like Android’s Google-designed language Go), while Java is also one of Swift’s most popular predecessors (created by Apple). However, because so many other systems rely on Java, it can be outdated and buggy at times, and most companies turn to others when building their own apps.

When you hear about cross platform programming language, you might think that JavaScript isn’t a viable option. After all, don’t websites have to be coded separately for each browser? Well, not exactly. JavaScript was created by Netscape Communications in 1995 as a way to add interactivity to web pages. It was later purchased by Microsoft and turned into JScript before being renamed once again as ECMAScript (to avoid any trademark issues). Despite these changes over time, JavaScript remains one of the most widely used programming languages today, especially among those working on cross-platform mobile apps.

Objective C is considered to be an excellent mobile app development language because it is a dynamic language, which means that it’s a hybrid of procedural and object-oriented languages. Developers like Objective C because it helps them get started quickly; they don’t have to go through tons of training and learn another complicated system before starting. It also allows developers to create applications that can function on all different platforms. In addition, since Objective C uses many keywords from other programming languages, you will have an easier time adjusting to it than some other cross-platform mobile app development languages out there.

For its relatively new open source status, Swift is shaping up to be a great cross-platform mobile app development language. In other words, if you’re an Apple devotee and are looking for something more than Objective C but want something less strict than Java, Swift is a really good fit. On top of that, developers can compile their Swift code on Windows and Mac OS X. Last year at WWDC (Apple’s Worldwide Developer Conference), CEO Tim Cook said that Swift is here to stay. If you’re serious about making a lot of money from your apps in 2022 and beyond, then it may make sense to consider Swift as one of your many options for creating an app. Go ahead and give it a try!

Based on language popularity and widespread use, Python has grown in popularity. Since it’s both a high-level language and relatively easy to learn, it’s one of the top choices for cross platform app development language. It was created by Guido van Rossum, who named it after Monty Python; hence its mascot is a python snake.  There are several ways you can create cross-platform apps using Python: You can use web frameworks such as Django or Flask to build your application and then compile it into an executable file that runs on Android devices.

Kotlin is a statically typed programming language that runs on JVM, Android, and JS. One of its key advantages is Java interoperability (with additional features) and multiplatform support. Kotlin has native language support for Android development, making it ideal for cross platform app development. A recent survey states that 38% of developers consider Kotlin a critical skill in their job. Kotlin can be used for developing apps for iOS, Android, web, and server platforms too. If you want to make cross-platform mobile apps, choosing Kotlin will give you an advantage over other developers. Both Java and Kotlin will help you make a smooth transition from one platform to another as well as help with existing projects where legacy code exists.

This powerful programming language is one of the two most commonly used for mobile app development. If you’re looking to build a solid game, C++ is an excellent choice because it has fast performance and strong security features that are especially useful for games with lots of in-app purchases. Though it can be complex, some advantages of using C++ include its use by popular companies like Microsoft, Apple, and Google. If you want complete control over how your app looks, feels, and functions, then C++ might be a good choice for your next project.

Finally, in order to build contemporary application architectures, businesses looking for mobile app development must select a dynamic and adaptable cross platform programming languages. The applications mentioned above undoubtedly aid app businesses in navigating the programming ecosystem. As a result, the languages aid in the development of safe, reliable, and agile software. Visit Sjain Ventures.