Home » Imagining the future of IoT in India 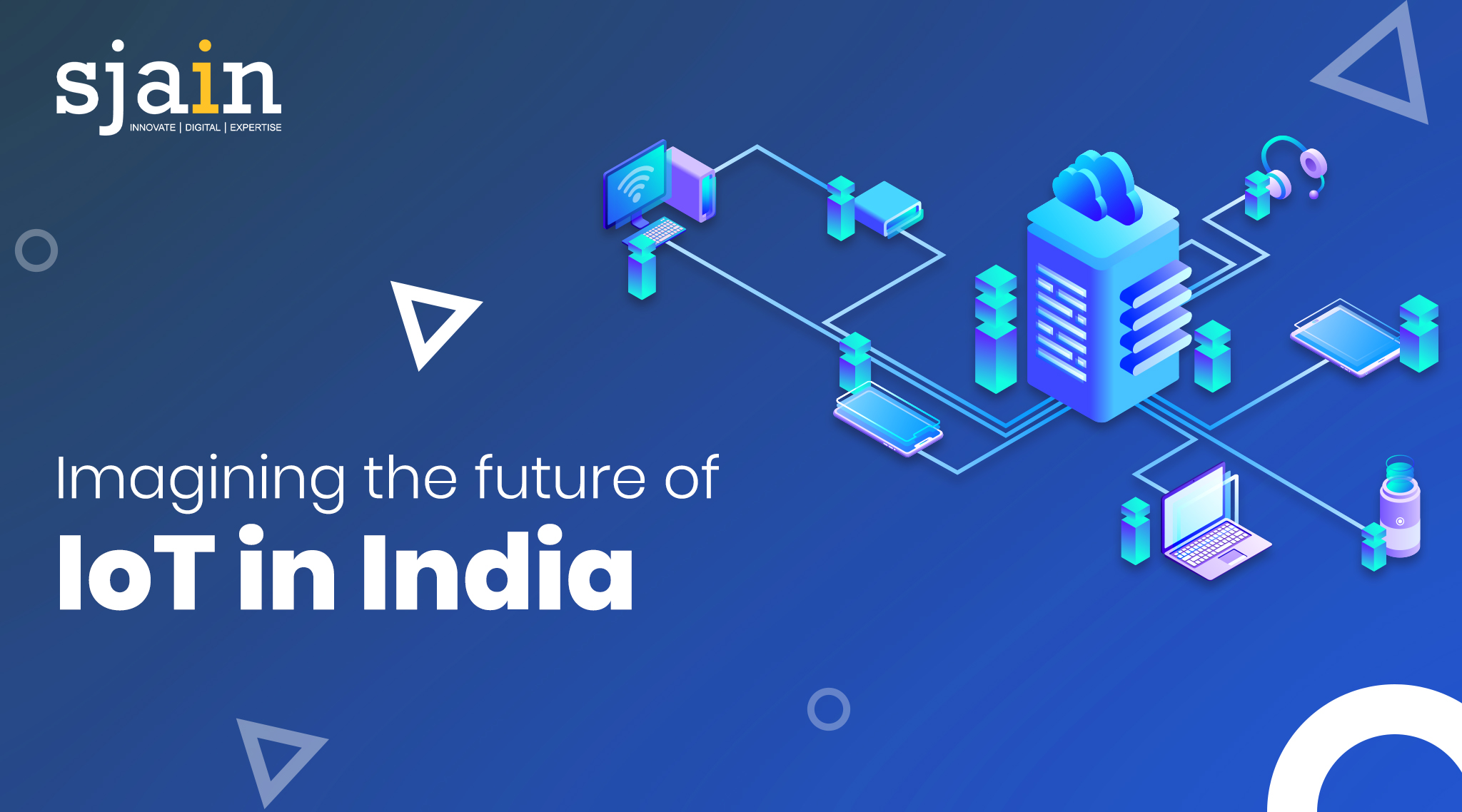 Imagining the future of IoT in India

The Internet of Things (IoT) not only in India but over the world is set to drastically change how countries operate in the future. From online shopping to social media, the future of IoT will make life easier and more efficient for everyone. Intelligent devices thrived in India, with the vision of a smart nation. Because of the ease of communicating and managing devices with the use of mobile devices, India is on the rise as a leading global superpower with the country ranked as the next largest buyer of internet of things (IoT) devices in 2022.

With the Internet of Things revolution in full swing, it’s important to consider what these devices will mean in the future. They’re already revolutionizing how we do business, but once they become even more popular, their influence on our lives and our homes will be much greater than it is now. The future of IoT in India has huge implications for both businesses and individuals, so let’s take a look at what you can expect from your smart home and business in the coming years.

India has a promising future with IoT

Internet of Things (IoT) applications are projected to have significant influence on every area of Indian life. This will be true for urban and rural areas. While it’s difficult to predict what innovations might emerge, one thing is clear: The world’s second most populous country has an opportunity to play a key role in shaping what IoT looks like today and tomorrow. India is a country that’s home to a whopping 17.7% of the global human population and is said to be the home of the world’s largest smartphone market. So, it comes as no surprise that the population of IoT users in India will only continue to grow shortly. All signs point to an exciting future of IoT, thanks largely to its young demographic (the median age in India is 27), growing economy, and tech-savvy workforce. And with startups focusing heavily on advancements in technology—many include advanced analytics as a core component—India looks primed for greatness. By 2023, it’s projected that IoT revenue will reach $1.1 trillion globally!

The Internet of Things Overview

What is it, and where is it going? The Internet of Things is everywhere. It refers to a future where all sorts of devices can be interconnected via networks or sensors. From your smartphone to an electric meter on your home to that new smartwatch on your wrist – they’re all connected and communicating with each other. We’ve seen rapid growth over the past few years and only expect that trend to continue as sensor technology becomes cheaper and smaller while network speeds increase faster than ever before. IoT now includes everything from wearables to self-driving cars. There are even companies working on creating smart cities complete with sensors monitoring traffic flow and pollution levels.

While there is still a lot of work to do before we reach true ubiquity, IoT will eventually become ubiquitous because its value proposition—to make people’s lives easier—is so compelling. It’s one thing for someone like us to say that the future of IoT will change our lives for the better; it’s another thing entirely when real-world examples come into play: Imagine never having to worry about forgetting your keys again! Or never running out of gas! Or being able to check your health from anywhere at any time!

The potential for IoT to change agriculture is profound, especially for farmers with small plots of land. For example, sensors can be attached to crops and track things like how much water they’re getting or if a plant needs more fertilizer. This data can be relayed back to farmers via mobile devices and help them decide what needs to be done on their farm next. Additionally, the future of IoT can also lead to fewer accidents in the field, and with fewer injuries comes fewer overhead costs for farmers, including health insurance costs.

Future Implications for Energy and Utilities

Smart home technology enables appliances and devices to communicate with each other, which means that with the future of IoT, your home could soon become more aware of your presence. For example, smart thermostats can keep an eye on indoor temperature and adjust settings to suit individual preferences. In addition, lighting systems can automatically turn on when someone enters a room or off when they leave. And as it becomes easier for appliances to connect with one another, we might also see them talk to smart meters or sensors buried under driveways and sidewalks. And many IoT applications could have a significant impact on energy use: For example, utilities may eventually be able to charge different rates for electricity depending on when customers use it; for instance, lower prices might be offered during off-peak hours.

With Internet of Things (IoT) devices, hospitals and care providers can access real-time information on patients, and even better, they can easily share that information with doctors and specialists. For example, an elderly woman with heart problems might have an IoT-connected device that automatically calls 911 if she has a heart attack. The IoT device also monitors her heart rate and alerts caretakers if it falls too low or too high—allowing healthcare professionals to track her condition from home as well as at work. Experts predict that as healthcare companies gain more experience using connected devices for healthcare applications, other industries will start to make use of IoT technology which will lead to immense trends for the future of IoT. For example, manufacturers could create smart equipment at ports or factories that detects and reports any chemical leaks immediately.

IoT has many applications to make urban areas more efficient and sustainable. Since a major part of India’s population lives in cities, the future of IoT will likely have great applications for these communities. The integration of sensors with existing and future city infrastructure can give new insights on how to make better use of natural resources and improve efficiency through conservation. It is also possible that cities may become smart enough to predict user demand before it becomes a problem or even prevents emergencies based on data analysis. However, there are still questions as to how much privacy we are willing to give up for such technology, but many see these concerns as minor compared to its great potential benefits.

Opportunities for Technology Companies and Startups

The Internet of Things (IoT) is a concept encompassing an interconnection among objects through networks and devices. The objects can be tangible, such as vehicles, home appliances, or parts of machinery, or intangible such as energy levels, stock market prices, and weather conditions. Future IoT applications may include remote human-to-machine communication that we access via our mobile phones or other networking technologies. Currently, IoT projects generally focus on developing gadgets with cool new features like smart thermostats that adjust the temperature to save energy and smoke detectors that notify you via smartphone when there’s a fire. These are pretty cool ideas but in reality, most potential applications for the future of IoT have not been explored yet.

The Internet of Things (IoT) is the new buzzword that seems to be dominating the market. The Future of IoT is turning into reality, driving the market, and is considered by many to be one of the most game-changing technologies that will permeate every aspect of our lives. IoT has been at its very nascent stage, with IoT products such as Fitbit, Apple Watch, and Nest Thermostat being in existence for a while now, but it’s only going to get bigger. If you are planning to start working on IoT, start it right away!